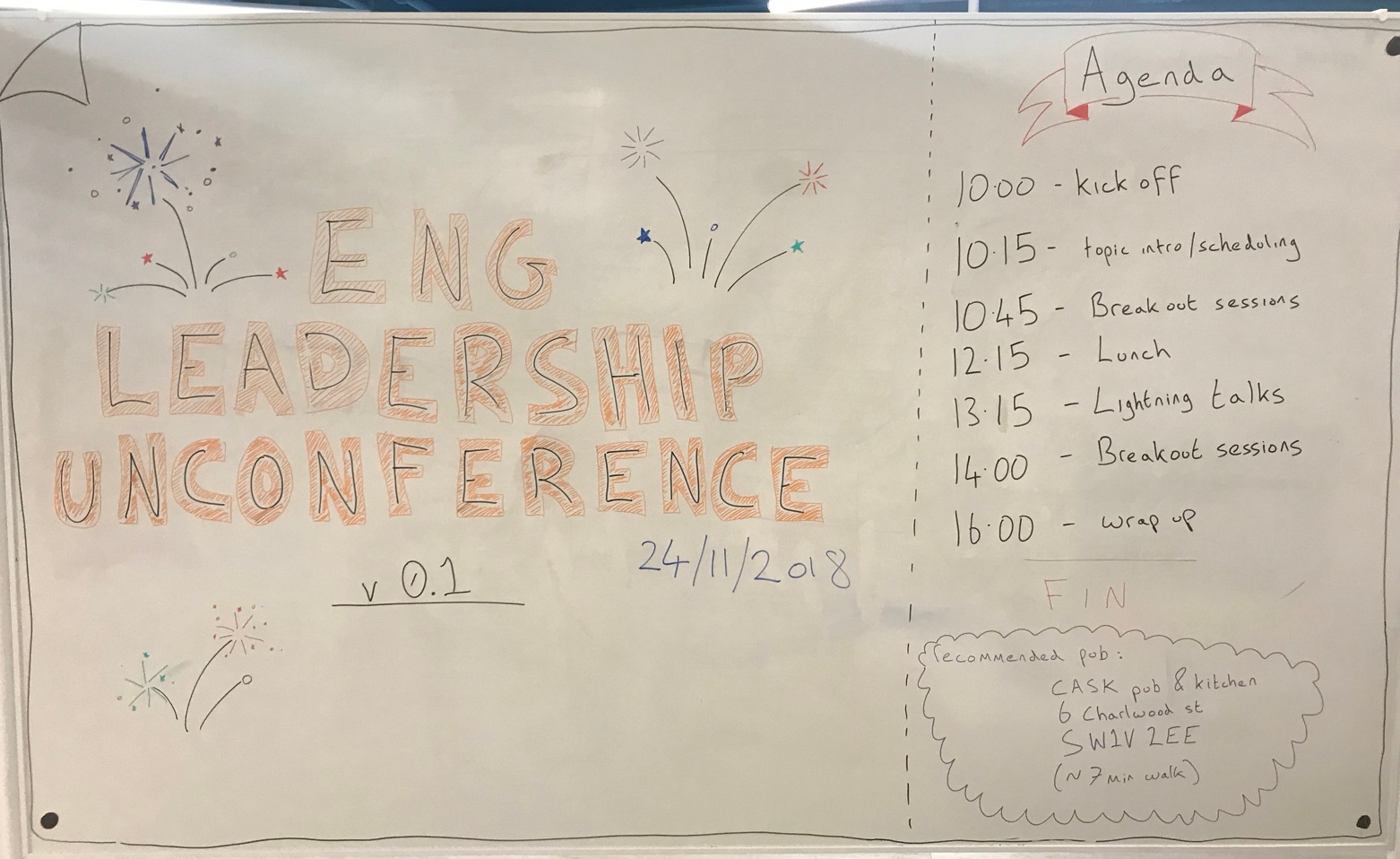 Last weekend I went to the Engineering Leadership Unconference in London. It was the first time I attended the “unconference” sort of event, which unlike as a usual conference, doesn’t have a list of speakers or talks.

Instead, people meet and gather in front of a whiteboard and come up with topics to discuss. Each room is assigned a topic, and attendees are free to choose a room with the most interested discussion.

In each room there would be 5-10 people having a conversation for a given topic (let’s say about growing developers). There’s no leader and everyone is welcome to share an opinion. At the end of the time slot, they switch to another topic according to the whiteboard with the schedule.

It’s a very cool format that IMO makes people feel more free to share their problems. In a small group of people you are a lot more comfortable to ask for advise related to a problem at work, unlike at a regular conference where you’re in front of an audience and everything you represent is the public image of the organization you’re associated with.

Thanks to carwow for hosting and organizing the unconference! Below in this post are some of my notes that could be interesting for others.

Organic growth of engineering roles vs building a framework

If we had one thing to look at when hiring, what criteria would we use?

Hire for delivery, fire for lack of enthusiasm - is what most of companies do

Hire for enthusiasm, fire for lack of delivery (what was proposed)