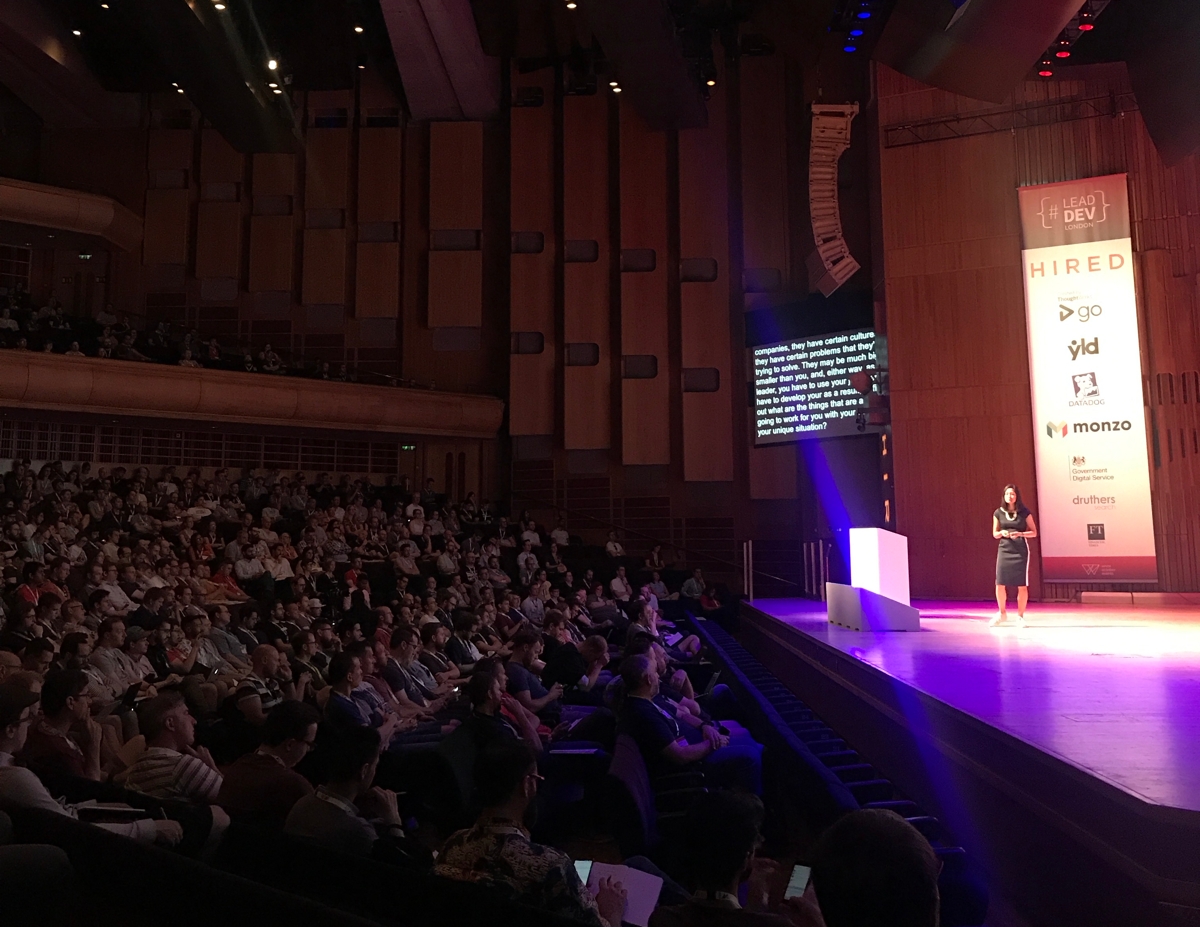 This week I attended Lead Developer, a conference for technical leaders. Lead Developer is organized as a series a conferences around the world. I’ve attended it in London, but there was one in NYC in April and there’s one in Austin TX planned for December 2018.

For me, a conference us usually something purely technical, with a bunch of people sharing code and telling stories about solving problems. Lead Developer was rather different. Its main topics are leadership, soft skills, communication and efficient management - exactly what I was looking for lately.

The quality of the event was very high: all speakers were well prepared, M.C. was professional and funny, all talks were subtitled, there was even a chillout room and a mindfulness session.

Was it worth £700 to attend? If you work for a small-ish company, the answer is absolutely yes. If you’re at a larger company like Shopify, where there’s a lot of internal resources and training available, it’s probably worth attending too, but not too certainly. Out of 23 talks, there’s been maybe 4 or 5 that were extremely valuable for me. For the rest of talks, I’ve already learned much of that from those 3 years that I’ve spent at Shopify.

I could probably watch those few talks without going to the conference, but the thing is that you never know what talks to watch if you haven’t been there.

Below is a list of talks that in my opinion are worth sharing.

I wish I saw this talk by Alexandra Hill a couple years ago! Especially recommended for people who come from direct communication background (like Russia or Germany).

Alexandra wrote a blog post which is essentially an extended version of the talk. Please go and read it.

This is not a talk about Agile! Kevin Goldsmith speaks about things that you learn when you become a manager (like preparing 1:1s), but my favorite part was about mentoring future leads. Here’s his approach to delegating tasks to his reports so they can learn more about lead’s responsibilities:

This talk by Dirkjan Bussink was probably my favorite. As someone who works remotely, I was pleased to hear GitHub’s approach to building remote culture. There’s a lot there that’s similar to how we do it at Shopify, as well as something I haven’t thought about:

The Hardest Scaling Challenge of All - Yourself

A very American-style talk on personal efficiency from Christian McCarrick. Please don’t take it too seriously, but it gives good tips: