I’ve recently worked on (so far) my biggest patch to Ruby MRI. While the changeset is only 50 lines of code it took me a few days and couple takes to figure out the right way to make getaddrinfo interrupt and fail fast when DNS is unhealthy.

It’s often unclear where to start when you’re about to contribute to some large codebase in C. This post is a collection of notes, mostly for myself, on how to contribute code to Ruby. 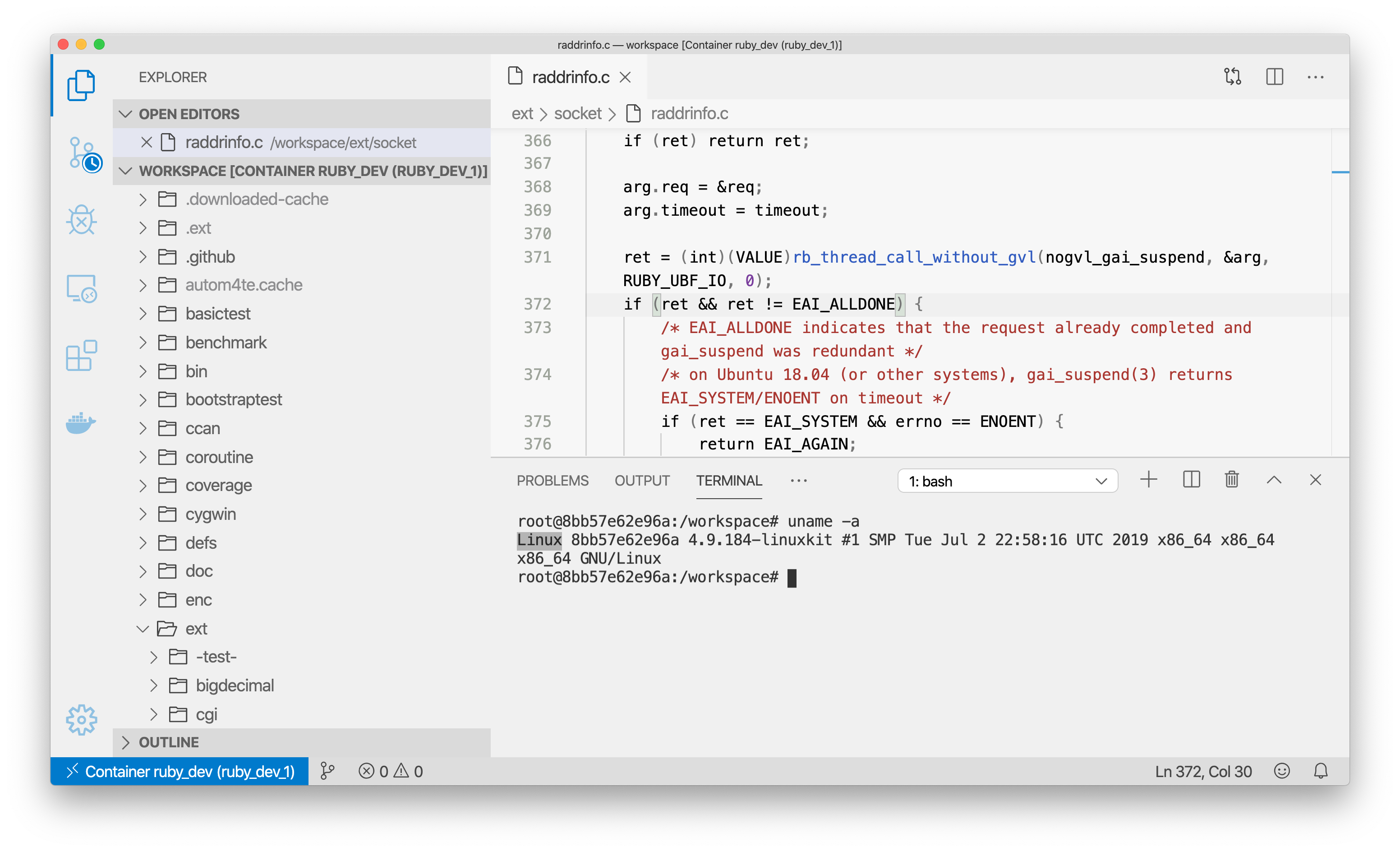 Hope this has been helpful. Even if you don’t have a patch to contribute in mind, it’s still very fun to learn how the language actually work, and to find how Ruby is actually implemented in C. There’s nothing in C to be afraid of.